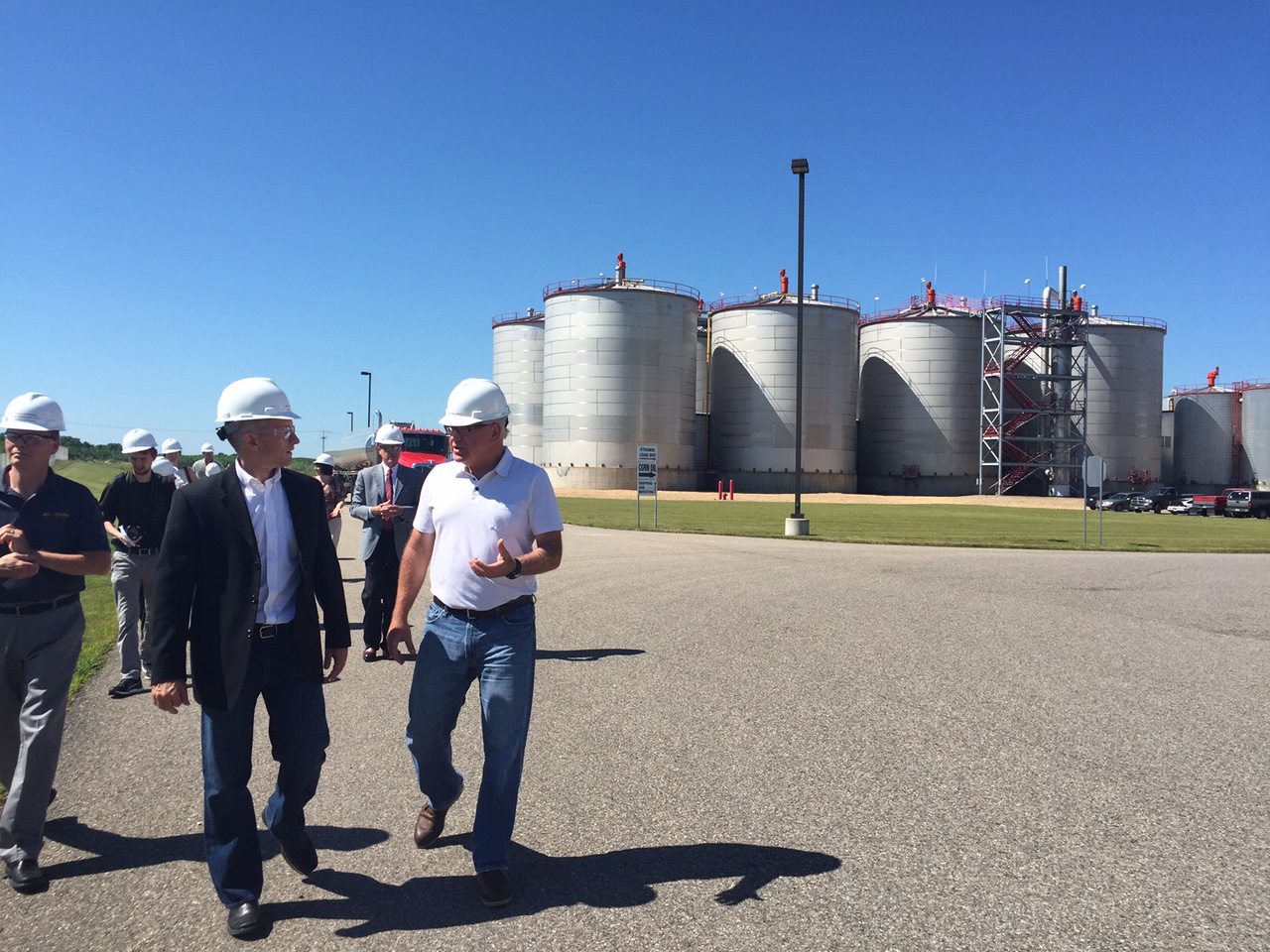 “It’s places like this that increase our national security, grow our local economies, and create jobs and prosperity for the middle class,” Walz said. “We have the best economy in the country here in Minnesota. That doesn’t mean we get to rest, it means we have to work even harder to keep it that way. And energy production will play a major role pushing our economy to new heights. That’s why the RFS is so important. It’s working to help middle class Minnesota families, while reducing our dependence on foreign oil at the same time.”

According to the Minnesota Bio-Fuels Association, in 2014, the ethanol industry in Minnesota:

“Congressman Walz’s visit today highlights his commitment to clean renewable biofuels and the RFS,” Tim Rudnicki, Executive Director of the Minnesota Bio-Fuels Association, said. “Thanks to the RFS, Minnesota’s ethanol industry contributes over $2 billion a year to the state’s economy, supports nearly 20,000 jobs, and reduces CO2 emissions as well as our dependence on foreign oil.”

The Minnesota Bio-Fuels Association notes a University of Illinois study that found, E10 (fuel with 10 percent ethanol) reduces 712,000 metric tons of CO2 emissions annually in Minnesota. If all gasoline (currently E10) consumed in Minnesota (2.4 billion gallons per year) was switched to E15 (fuel with 15 percent ethanol), an additional 358,000 metric tons of annual CO2 emissions will be eliminated. According to the EPA’s greenhouse gas equivalencies calculator, the combined total of CO2 savings of 1.07 million metric tons is the same as removing 225,895 vehicles from Minnesota’s roads.

“As we strive to move towards and energy independent future, we’ll need to utilize all our sources of homegrown energy. This includes biofuels, wind, and solar, among others,” Walz continued. “I firmly believe Minnesota is positioned to lead the world in clean, all-American energy production. Let’s find ways to seize on this opportunity, create jobs, and continue to push our economy forward.”